Cell The Unit of Life Class 11:- Important Questions and Answers for Class 11th Biology Chapter 8 , “Cell: The Unit of Life ”is available here for students exam preparations. They can go through these questions and prepare them well before exams. It will be a good revision for the students. Also, they will become confident enough to handle any type of problem asked from this chapter in the examination.

A Cell is the structural and the functional unit of life. Each cell is surrounded by a cell membrane which separates the internal and the external environments of a  cell. The interior environment of a cell is known as cytoplasm which consists of cellular machinery and  the structural elements. The nucleus is present at the centre of  cell which contains all the hereditary information of an organism. Carbohydrates,Proteins, Starch and Sugars  are the organic molecules present in a cell.

Cell The Unit of Life Class 11 Questions And Answers

Q.1. Write the importance of vacuole in a plant cell?

A.1. The vacuole is a membrane-bound space in  cytoplasm of a plant cell. It basically contains water, sap, excretory products and other materials that are  not useful for the cell. Vacuoles occupies 90% of the cell volume during osmosis. They maintain the turgor pressure against the cell wall thereby maintains the shape of the cell and maintains cell –  fluid balance.

A.4. The characteristics of  prokaryotic cell are:

Q.5. “The multicellular organisms exhibits division of the  labour”. Comment on the following.

A.5. Cells of a multicellular organism are organised to form tissues such as bones, blood etc. The tissues collectively forms organs such as kidney, liver, etc. and these organs organize to form an organ system, for eg., digestive system, circulatory system, excretory system etc. Every single cell has its own function. Different organs and organ systems carry out different functions which help in the proper functioning of an individual organism.

Q.6. Cell is  the basic unit of life.Comment.

A.6. Human body is made up of trillions of the cells. There are some organisms with a single cell such as Amoeba. All cells divide to form new cells and possess several organelles to perform various life functions. The cells of an organism carry the same genetic material which carries all the hereditary information of an individual which is transferred from the parents to the offsprings. That is why Cell is called the basic unit of life.

Q.7. What are  plasmids? Give it’s functions in bacteria?

A.7. Plasmid is an autonomously replicating, extra-chromosomal, circular, double-stranded DNA found in  cytoplasm of the bacterial cell. These usually remain separate from  chromosomes.

*Plasmids acts as vectors to transfer important genes and in the  recombination experiments.

* It also helps in the bacterial conjugation. For eg., pBR322.

Q.8.Explain the Cell Theory in brief.

A.8. Cell theory is based on the following postulates:

Q.10. The biochemical composition of the plasma membrane is ?

A.12. Histones are the  alkaline proteins found inside  nucleus of the eukaryotic cells. They pack  the DNA into structural units called the nucleosomes. They are the main proteins in the  chromatin.

A.13. “S” is the Svedberg’s unit. It represents  sedimentation coefficient. It also depicts the rate of the sedimentation of a cell during ultracentrifugation.

*Heavier the cell structure, higher is the sedimentation coefficient of the cell .

Q.14. Mitochondria are known as the “powerhouse of the cell”.Comment.

A.14. Mitochondria carries out the process of anaerobic respiration and generate ATP for cell functioning. So  it is called the  “powerhouse of the cell”.

Q.15. Explain in brief the fluid mosaic model of the plasma membrane?

A.15.  Fluid mosaic model was proposed by Singer and Nicholson. It explains the structures and the functions of various cell membranes.

According to this model, protein molecules are embedded in the lipid bilayer. This lipid bilayer provides elasticity ,fluidity to the cell membrane.

Q.16.The  fluid mosaic model of the plasma membrane was proposed by.

A.17.Tonoplast is also called as vacuolar membrane. It is the cytoplasmic membrane that is filled with the  cell sap and functions as a membrane boundary of the vacuole of plant cells.

Q.18.The significance of vacuoles in a plant cell is ?

A.18.The vacuole is  primary storage organelle of a cell. In  plant cell, this organelle plays a primary role in the storage of water, food and other essential minerals required for the cellular activities.

Q.19. Function of the chloroplast in a plant cell.

A.19. Chloroplast is a  green coloured plastids, which comprises of green-coloured pigments within the plant cell and are called as chlorophyll. The most important function of the chloroplast is the production of food by process of photosynthesis.

Q.20.How many types of plastids are found in a plant cell?

A.20. There are three types of plastids which are found in plants.These are – chromoplast, chloroplast and leucoplast.

A.21. Robert Hooke, an English natural philosopher, was the first  to discover the cell in the year 1665. Later, Antonie van Leeuwenhoek, a Dutch scientist observed the  cells under the  another compound microscope.

Q.22.List out  common functions of Cell.

A.22. Cell is the structural and  fundamental unit of life. It performs various important roles , which are essential for the growth and development of an organism. These  are some of the functions of a Cell-

A.23. Thylakoids are membrane-bound organelles present within  chloroplasts of the plant cell body.They are the sites of the light-dependent reactions of photosynthesis process.

A.24. ATP is  Adenosine triphosphate.It  is the organic molecules, which provides energy for the various biochemical processes in the body. Therefore, these molecules are called ” energy currency of the cell”.

Q.25.Transpiration in plants occurs in which part of the plant ?

A.25.The process of transpiration occurs in  stomata of the plant cell. They are the tiny openings or a minute pores found on the under-surface of the leaves.

Q.26.List out the main differences between plant cell and animal cell.

A.27. Cell Theory was proposed by the two scientists – Theodor Schleider and Matthias Schwann in year 1839. According to the theory:

Q.28 Cell organelle that is found only in the animal cells?

A.28. Cell organelles which are present exclusively in the animal cells are the Centrosomes.

A.29.Major functions of plant cell are: 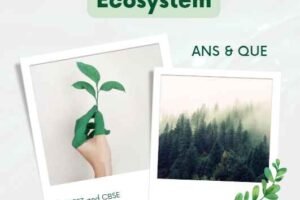 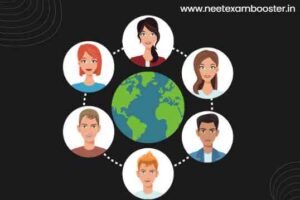